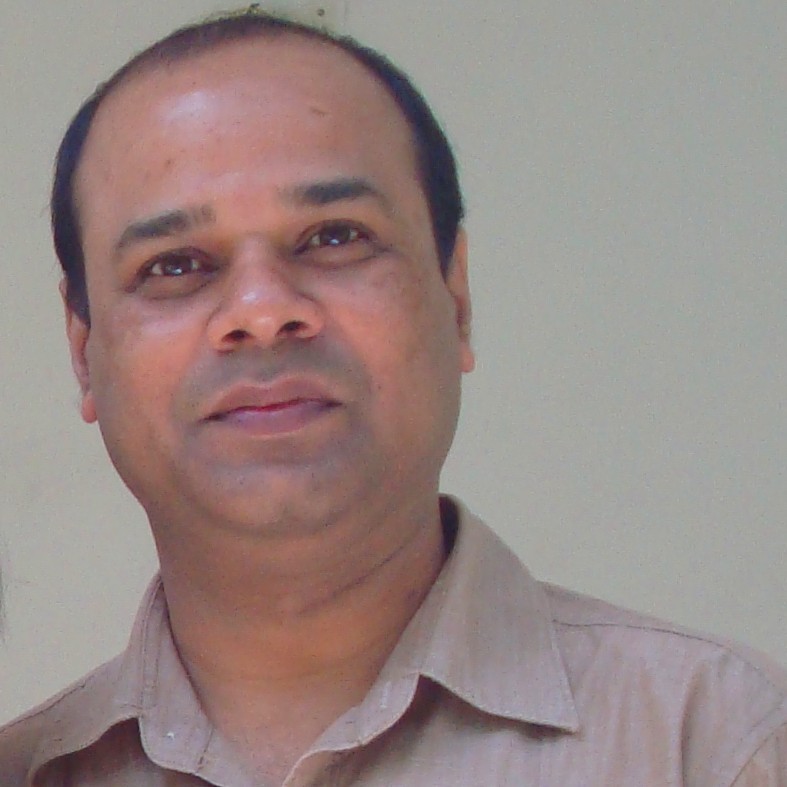 He obtained M.Sc. (Physics) degree from IIT Delhi and received Ph.D. (Physics) from IIT Kanpur. He joined the institute in December 2014.

He is an experimental Condensed Matter Physicist mainly interested in electronic and excitonic processes within organic semiconductors based electronic devices.

A brief introduction to Organic Semiconductors:

Organic semiconductors have emerged as a class of optoelectronic materials for a large number of applications constituting what can be termed as a revolution in 'macro-electronics' or large area electronics. These materials offer advantages over the conventional inorganic semiconductors mainly due to the ease of processability and tailorability of electronic and optical properties made possible by synthesis of designer molecules through the chemical route. Their optical signature in the visible range of the electromagnetic radiation has provided impetus towards their applications in photovoltaics and information displays. For example, these materials are already being applied in compact lightweight, power-efficient light-emitting devices in small areas such as cell-phone displays. Further, the days are not far ahead when one could realize the custom designed solar cells covering the entire civil structures and sufficient enough to fulfill the energy requirement.

He started his professional career as an Assistant Professor of Physics at PSG Institute of Advanced Studies, Coimbatore where he participated in planning and developing experimental facilities for fabrication and characterization of organic solar cells. Prior to joining the institute, he was working as Assistant Professor of Physics at Centre for Applied Physics, Central University of Jharkhand.

As a teacher, he hopes to advance the intellectual development of the students to the best of his abilities. He teaches an introductory course on Physics (PHY-101) that reviews the Newtonian Mechanics and introduces the need of Quantum Mechanics. He also teaches Basic Electronic Circuits (EL-102) and their principle of operation. His focus is to inculcate in the engineering students an attitude of experimenting with their ideas. He is also working towards a science elective course: Introduction to Quantum Computing. The objective of this course is to guide computer science and other non-physics students through the conceptual and notational barriers that separate quantum computing from conventional computing and to acquaint them with this new and exciting field.